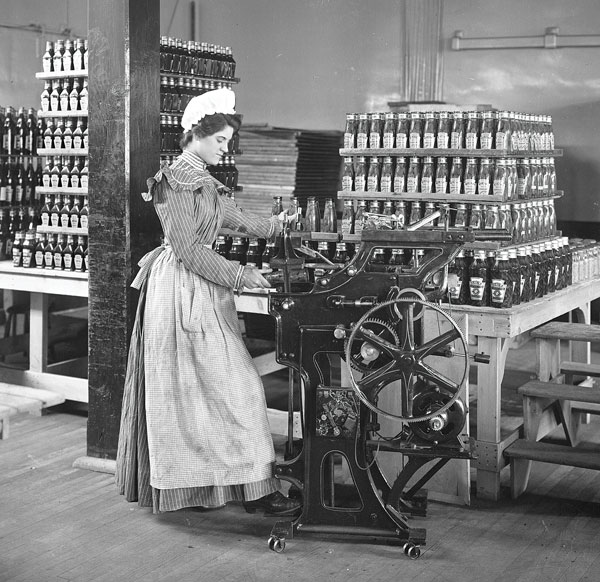 Female worker bottling ketchup at the original Heinz factory circa 1897. Pittsburgh, PA.Henry J. Heinz released his first bottle in 1876. But Heinz was a visionary, a morally strong man who believed that “heart power is better than horse power.” Under his leadership, the H.J. Heinz Company was truly ahead of its time. The factories were models of progressiveness. Not only were Heinz employees given free life insurance, death insurance, doctor and dental services, but also access to onsite cafeterias, dining rooms, medical stations, swimming pools, gymnasiums, and roof gardens. The workers were also encouraged to be meticulously clean. At a time when many factory workers didn’t even have running water at home, Heinz provided fresh uniforms, a free laundry service, and even an in-house manicurist to help them keep their nails immaculate. In fact, Heinz’s factories were such models of cleanliness and happiness that 30,000 visitors were allowed to tour the factory every year. Heinz felt he had absolutely nothing to hide.